„Chitalishte "Svetlina" is 150 years old and despite the urgent need for funds for its renovation, it has very good acoustics. It is obvious that the original builders had a vision of its versatile educational role and invested all their art and love in its construction. Their worthy descendants deserve our support today.” 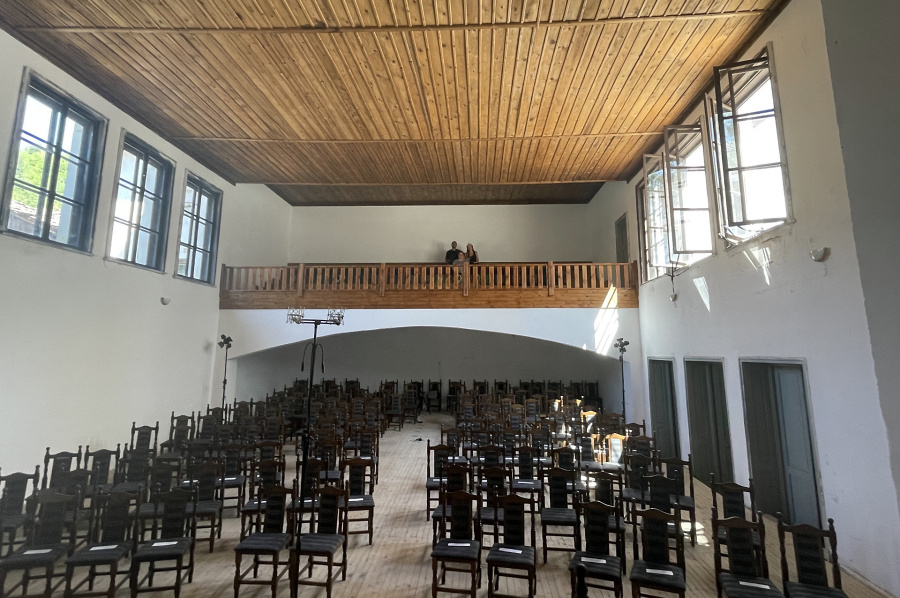 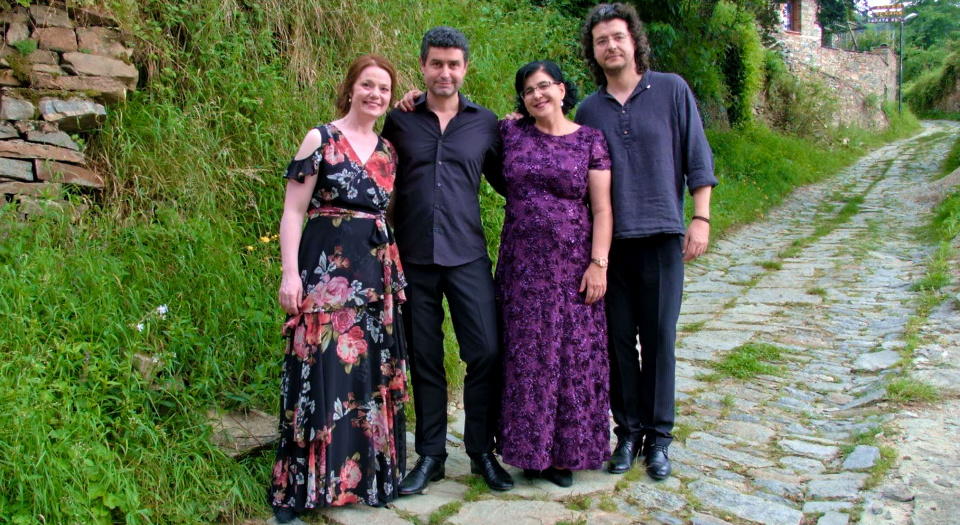 The Charitable Society Svetlina was established by musicians Lora Tchekoratova, Georgy Valtchev, Nikola Takov and Mariana Karpatova as an initiative of the Off the Beaten Path Foundation with the mission to raise funds for the restoration and maintenance of the community center in the village of Kovachevitsa.

Since the establishment of the festival "Off the Beaten Path" until now, the musicians have invested nearly 12,000 BGN from the festival’s funds for repairs in the community center. In 2022, since the creation of the charitable society, they invested additionally 21,977 BGN for complete renovation of the roof and for painting of the hall and the lobby of the building.

In order to be able to completely restore the building, it is necessary to create a separate fund for the repair and maintenance of the building. This paved the way for the creation of this initiative. We invite all locals from the village of Kovachevitsa and Garmen municipality, as well as friends from all over Bulgaria and around the world to join our society!

All funds raised by the Svetlina donation society will be invested in the repair work of the building. For this purpose we work with local craftsmen and the municipality of Garmen. As always, we work with accountability, transparency and guarantee that each donation will be used only for its intended purpose. 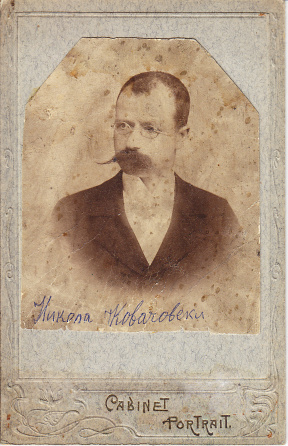 The "Chitalishte" in the village of Kovachevitsa was founded in 1865 by the teacher Nikola Kovachevski. The first books in its library were textbooks from the secular school, as well as newspapers, which were delivered to Kovachevitsa from the town of Siar, and later from Istanbul (Constantinople). The activity of the Chitalishte was renewed in 1885-1892 by Stoyan Zlatarev, Yorje Dimitrov and other local teachers.

During the Ilinden Uprising in 1903, the library burned down and the community center stopped its educational activities until 1908, when the young teachers Stoyan Shutev and priest Toma Poptomov restored it. Its location is moved to various private shops. After the Liberation in 1912, the library was re-furnished, but the activities stopped again during the Balkan, Inter-Union and the First World War.

In 1922 the Chitalishte was registered in the Ministry of Public Education. With donations from private individuals, income from parties and performances, the library began its enrichment. The sons of the founder of the Chitalishte Nikola Kovachevski - the brothers Angel and Dimitar Daskalovi donated BGN 10,000, and Ivan Titimov, son of Kanush voivode donated BGN 5,000. Before his death, the teacher Stoyan Zlatarev (the father of the Bulgarian writer Lyudmil Stoyanov) donated 1,500 volumes of books to the community center. 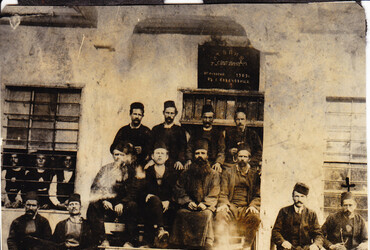 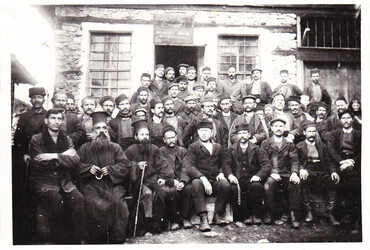 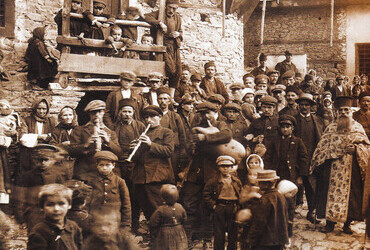 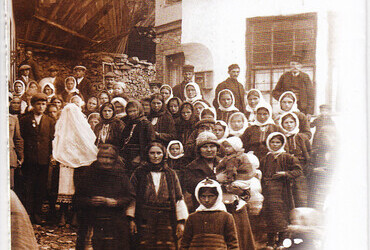 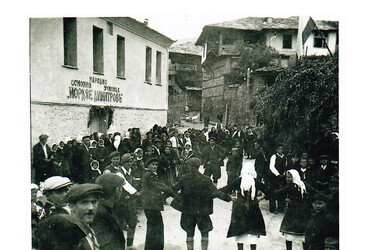 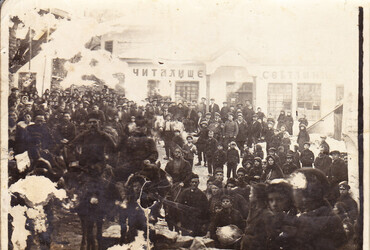 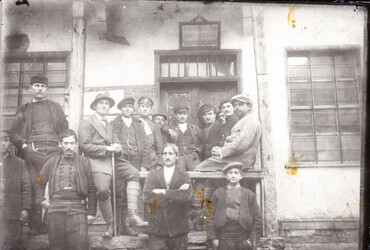 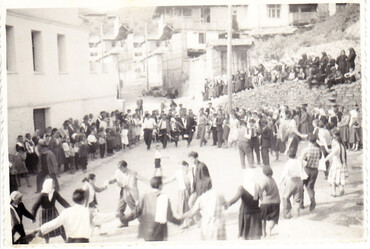 In 1954, with the active help and funding of the Rodopi Cooperative, a new building was built, where the Svetlina Chitalishte is still located today. The building has a spacious hall with good acoustics, which serves for cinema screenings and a theater hall, with a bright and spacious reading room and library. In the 1960s, the building was deserted. The only pillar of the Chitalishte work and guardian of the museum collection and library values ​​remains again a teacher - Angel Dzhigrev.

In 2018, the first chamber music festival in the Western Rhodopes opens - "Off the Beaten Path", founded by Bulgarian musicians who opened the hall and appreciated its acoustic qualities and the need for its preservation and restoration. 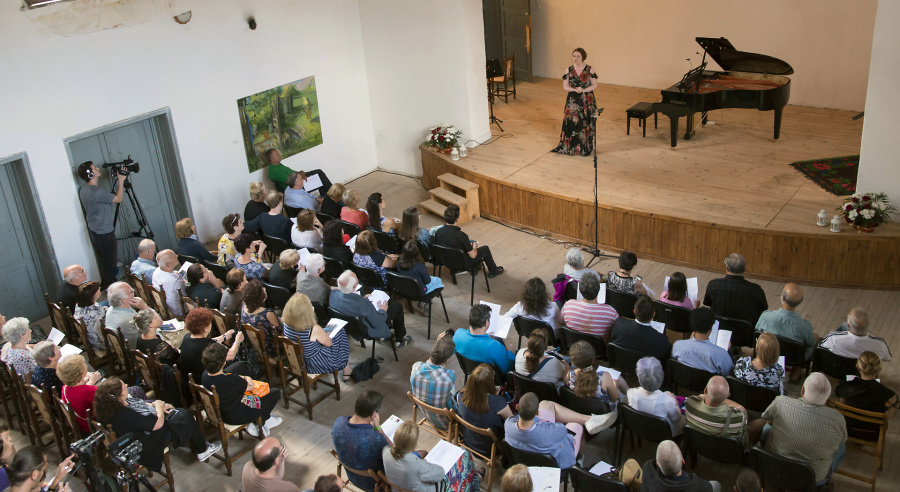 What we have achieved so far

We believe in the power of charity and the ability of each of us to help preserve the traditions of Bulgaria. Let's save this beautiful building!

With a one-time donation or as a monthly donor you help to preserve the culture in this magical village!

Become part of the future! 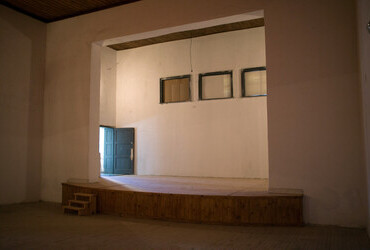 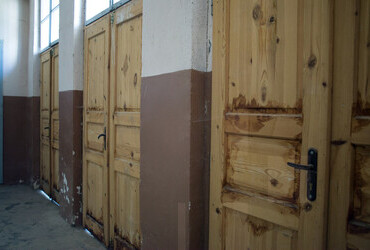 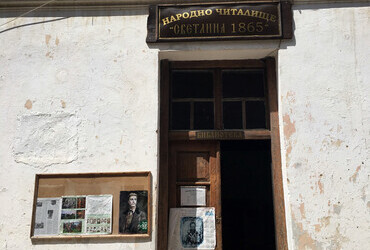 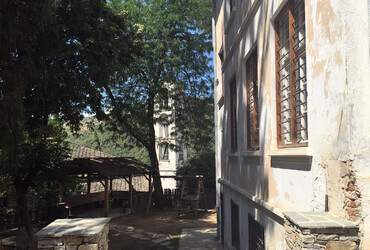 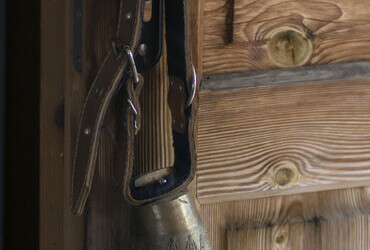 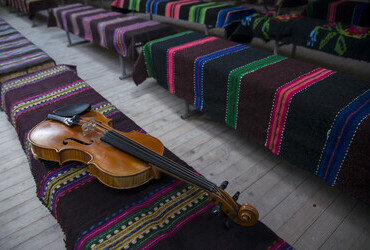 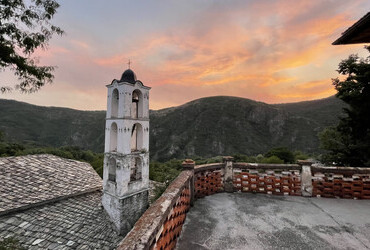 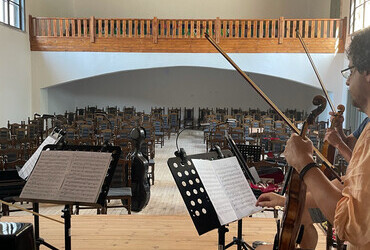 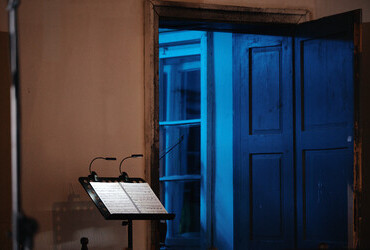 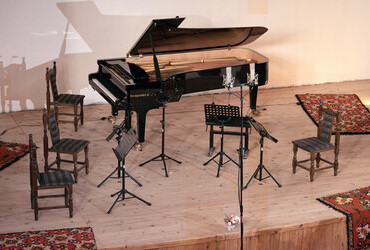 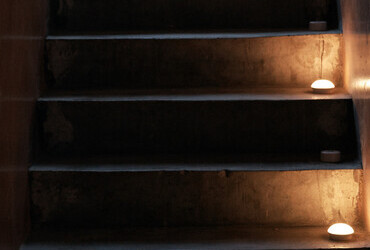 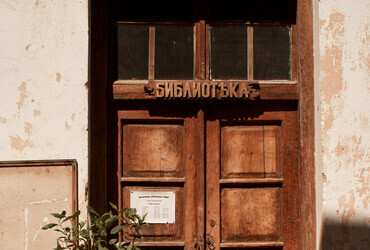 The America for Bulgaria Foundation (ABF) is an independent, nonpartisan, and nonpolitical American grant-making foundation working in partnership with Bulgarians to strengthen the country’s private sector and related democratic institutions.

ABF builds on the success of the Bulgarian-American Enterprise Fund, an investment fund created in 1991 by the U.S. Congress with support from the U.S. Agency for International Development.

Foundation "Off the Beaten Path" © 2021 | Site created with Visia